- January 27, 2014
The swim sessions have been up and running again since early january.
Alvaro, Paddy, Gerard and Donna have been doing a great job and the
numbers at swim training have been very impressive.
Next Sunday, 2nd
February, sees the restart of the bike session. We will be meeting
again at Foyle Valley Railway Museum at 2pm and we are putting in place
a training schedule which will include a race of some sort every month.

These bike sessions will remain free of charge, but we need all those
taking part to be signed up members of the North West Junior Triathlon
Club, as well as Triathlon Ireland. Membership will ensure that all
members are adequately insured for all training sessions as well as
being insured for any races they take part in during the year.

Membership details can be accessed through triathlon ireland website.
Be sure you get junior membership for Triathlon Ireland and North West
Triathlon Club, which altogether is about 20euros. This is excellent
value for money.
We will be giving people until the end of february to
take out the required membership.

See you all
on Sunday with all those Christmas bikes. Please remember to bring
along a spare tube for your bike.

Popular posts from this blog 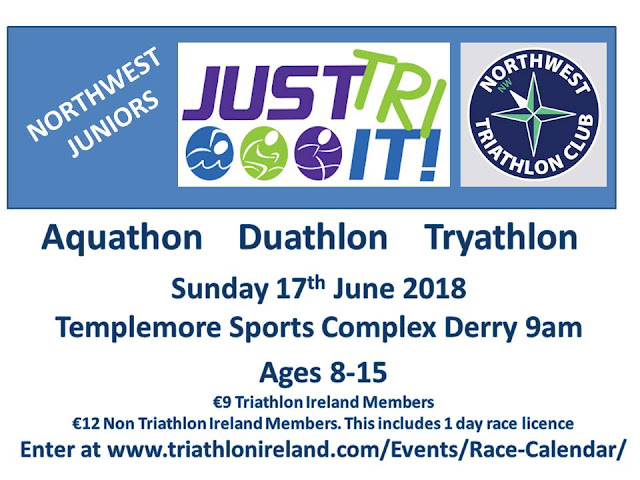 - January 01, 2018
Happy New Year to all our young members and parents. Hope you all had a great Christmas.  Will be in touch at a later date with New Year schedule. Enjoy the rest of your break.  Noel
Read more 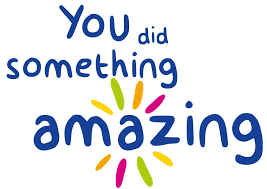 Massive well done to all of you on completing another firmus energy city of derry kids Tryathlon. everyone was really impressed with your attitude of race hard, race fair, have fun. For those of you who are on facebook check out our facebook page (HERE)  and the 450+ photos taken & posted by club photographer Peter Mc Laughlin. 2016 Buddy Swim This Thursday evening we have our annual buddy swim in the river foyle. if you want to take part come along on thursday evening from 5.45 pm to the council carpark on the quay & register. Once the adults (slow swimmers) are finished we will get you into the water and swim up the river foyle. This year we make the swim longer for those who want to and can go longer and also retain the 150 metre option same as last year. so let go, see you in the river foyle on thursday evening. The swim will be about 6.30ish and a wetsuit and brightly coloured swim hat is compulsory.
Read more